The A.C. Greene Award was presented annually to a distinguished Texas author for lifetime achievement. The award was named for author, columnist, and Abilene native, A.C. Greene. The honored author was presented with a piece of original framed art, generously donated by the artist, H.C. Zachry.

This award was presented annually in conjunction with the West Texas Book Festival, which celebrated authors and reading in Texas in an annual series of events that ran from 2001-2019. 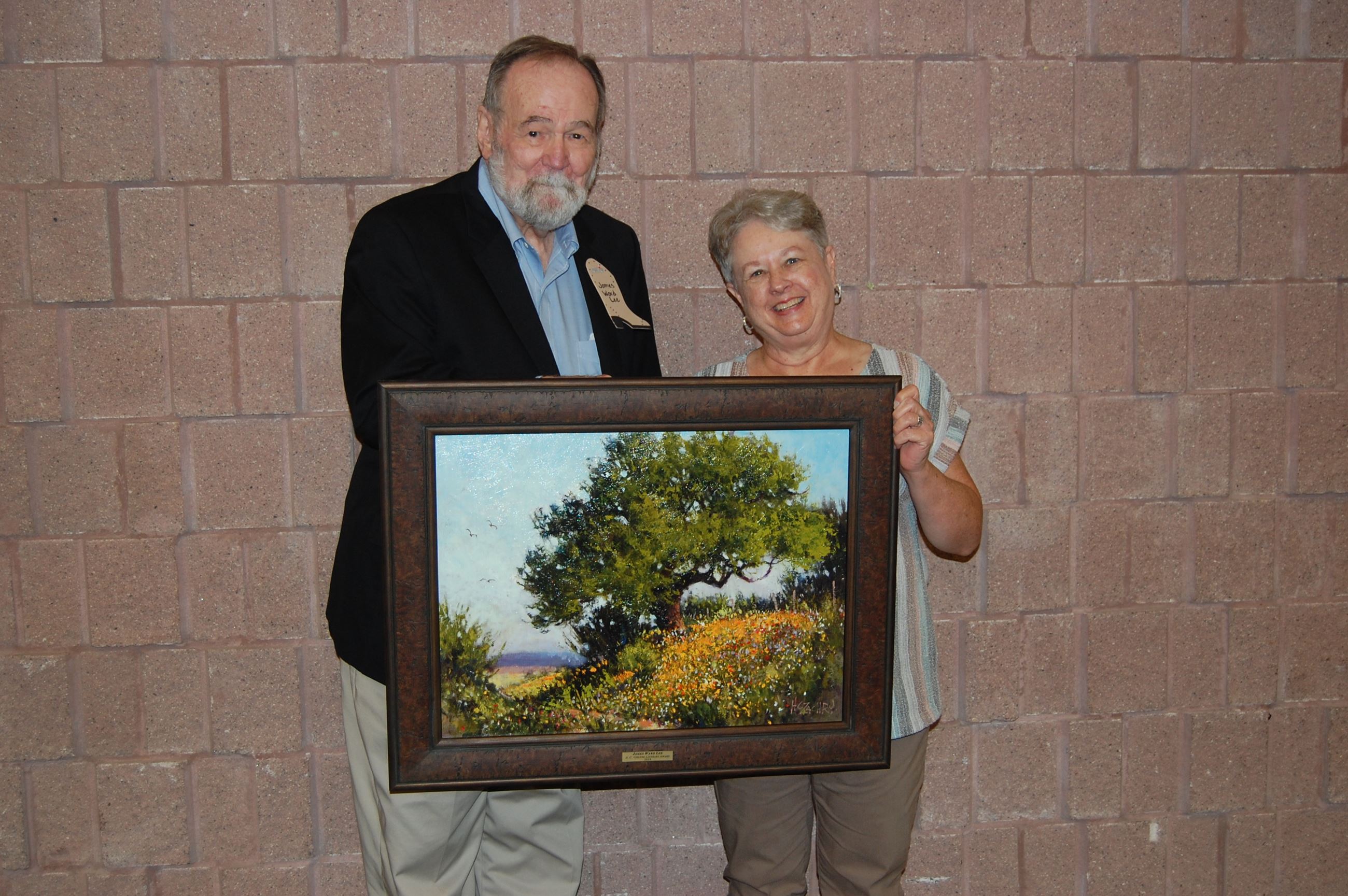 James Ward Lee has been a past presenter at the West Texas Book Festival and he was named as the 2019 recipient of the A.C. Greene Award.  Lee is an emeritus professor and former chair of English at the University of North Texas and has authored many essays, reviews, and stories that have delighted readers for years.  He is a past president of the Texas Folklore Society and is a current member of the Texas Institute of Letters. He's authored many articles, books, and reviews that have made him a popular speaker and writer. 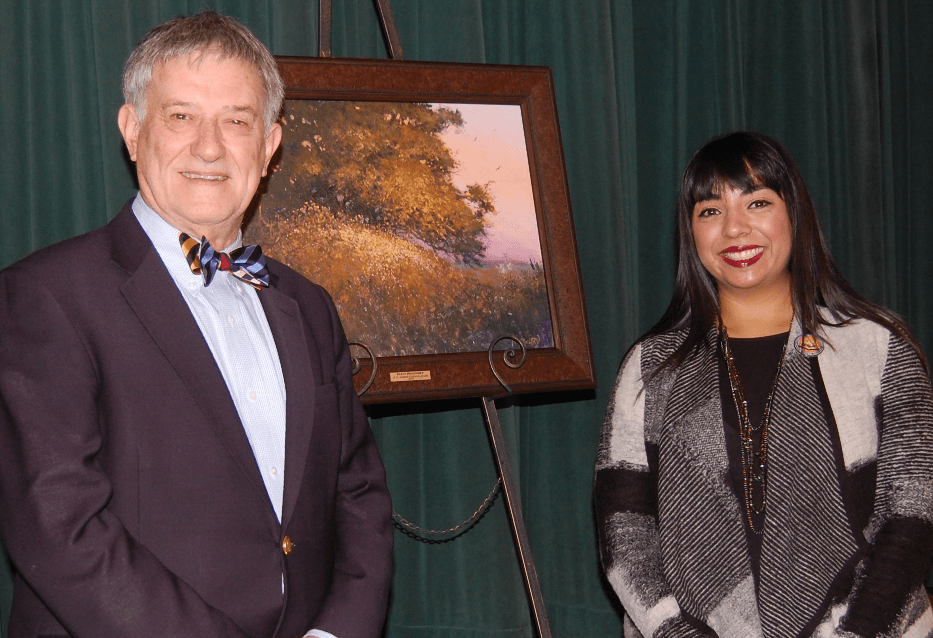 Glenn Dromgoole is an author, bookseller, publisher, and columnist who is a well-known figure in Abilene and the former chair of the West Texas Book Festival (2001 to 2017). Along with being the owner of the Texas Star Trading Company with his wife (Carol), he also served as the editor of the Abilene Reporter-News. He would later receive success after the publishing of his first book, What Dogs Teach Us, that sold on Barnes and Noble and went to number 24 on the New York Times Bestseller Plus list in hardcover nonfiction, and won the Benjamin Franklin Award as best book of humor.

More than 30 titles later, Dromgoole continues to give us great reads and advice on more titles to read through is weekly Texas Reads column. 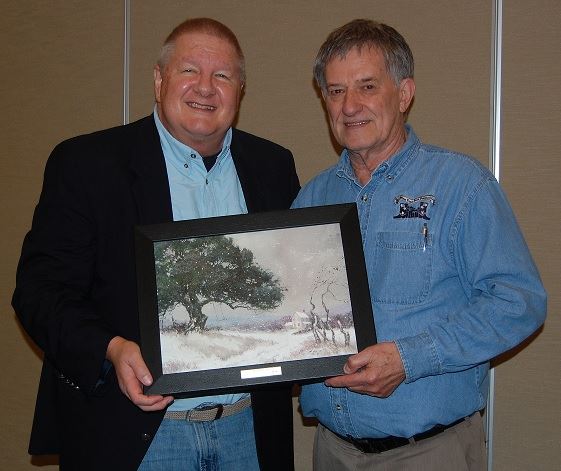 Jeff Guinn is a former award-winning investigative journalist and the bestselling author of numerous books including:

During his years as a journalist, he won national, regional, and state awards for investigative reporting, feature writing and literary criticism. With sixteen books under his belt, including New York Times bestsellers, he's also one of only 32 members of the Texas Literary Hall of Fame. 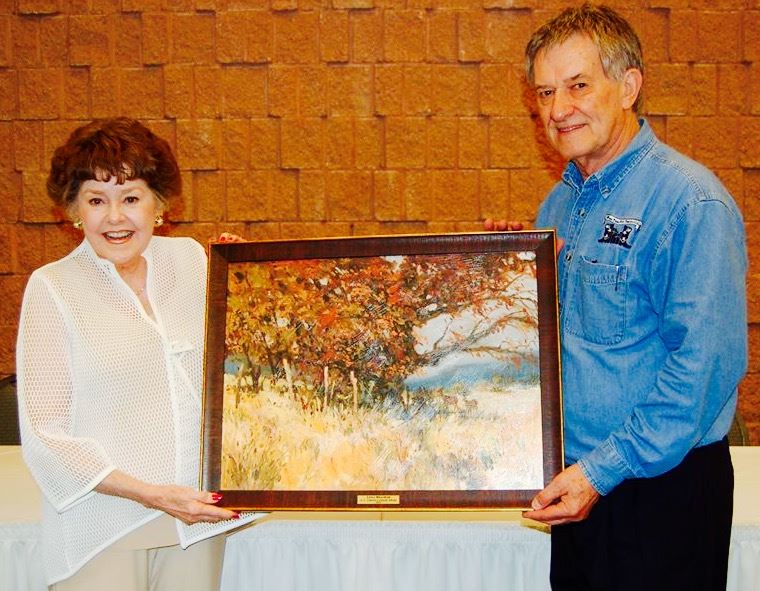 Leila Meacham writes of East Texas with authority, and she's no stranger to the West Texas Book Festival. She has lived in Texas all her life with the exceptions of short sojourns out of state with her Air Force husband and her birth in Minden, Louisiana, because her father could not get her mother across the border of the Sabine River into Texas for her to be born. She says that as far as she knows, it's the only regret he ever had of his daughter.

Having begun with penning romance titles in the mid-80s, she left writing with a desire to never pick up a pan again. That changed when she states she ran out of things to do after retirement, then sat down and wrote Roses. Receiving great reviews, she followed that success with additional bestsellers. Her most current title being Titans, released this year. 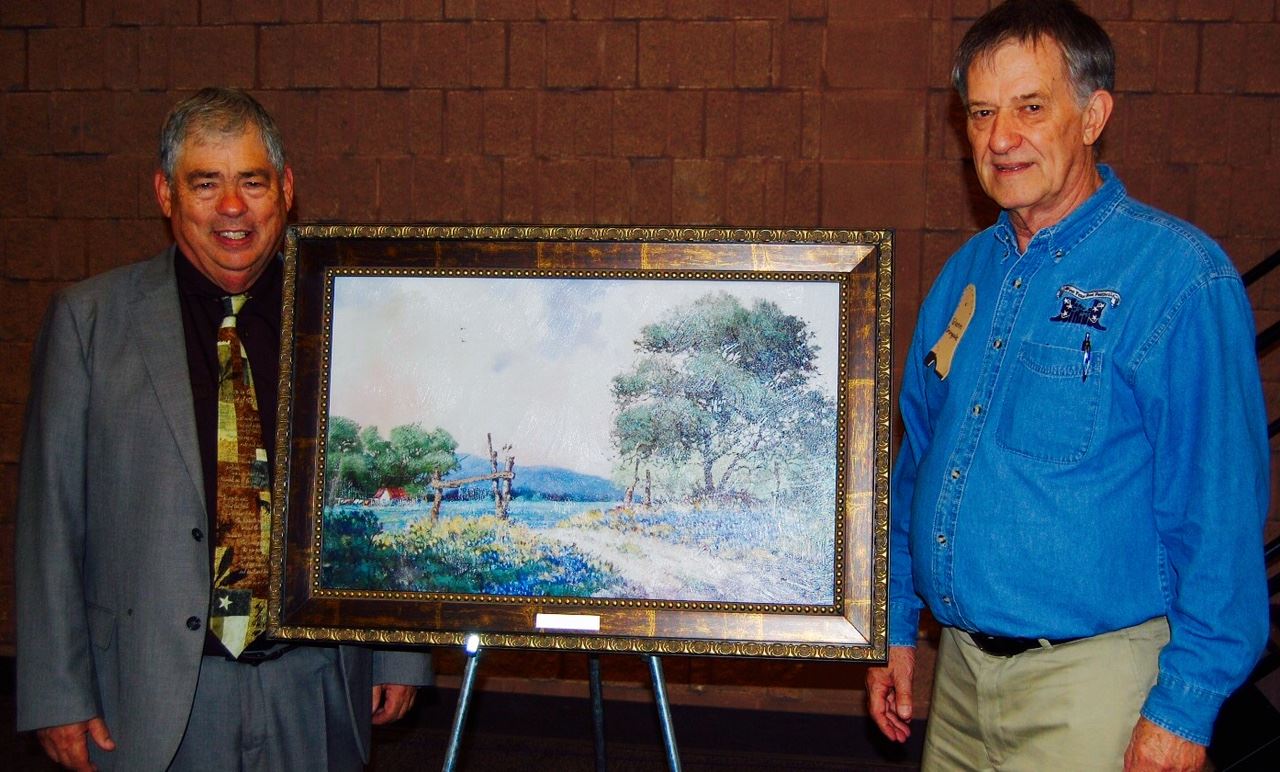 Having retired as history professor at Panola College in Carthage, Texas, he continues to teach periodically and maintains a prolific writing career. O'Neal is a member of the Western Writers of America, having appeared in television documentaries on Turner Network Television, the History Channel, the British Broadcasting Corporation, and the Discovery Channel.

O'Neal has been the recipient of several awards including, being appointed as the Texas State Historian in 2012, receiving the 2005 National Association of Outlaw and Lawmen Association Award, named the Best Living Non-Fiction Writer by True West Magazine in 2007, and more.

O'Neal is the author of 42 books and more than 300 articles and book reviews on the American West on topics including:

Harrigan was born in Oklahoma City in 1948 and has lived in Texas since the age of five.  He is the author of nine books including The Gates of the Alamo, which became a New York Times Bestseller and Notable Book, and received a number of awards including:

His most recent novel, Remember Ben Clayton, also won a Spur Award, as well as the Jesse H. Jones Award from the Texas Institute of Letters and the James Fenimore Cooper Prize, given by the Society of American Historians for the best work of historical fiction.  Harrigan is a faculty fellow James A. Michener Center for Writers and a writer-at-large for Texas Monthly. 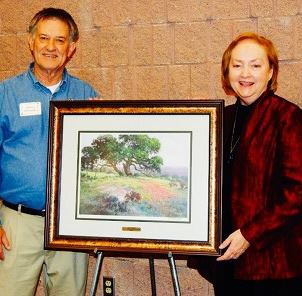 Thomas is New York Times bestselling author and a fifth generation Texan who chooses to set the majority of her novels in her home state, where her grandmother was born in a covered wagon. With a degree in Family Studies, Thomas is a marriage and family counselor by education, a background that enables her to write about family dynamics.

Honored in 2002 as a Distinguished Alumni by Texas Tech University in Lubbock, Thomas enjoys interacting with students on the West Texas A&M University campus, where she currently serves as Writer in Residence. Her numerous awards include the National Press Women's Novel of the Year, the Romance Writers of America's RITA Award, and the National Readers' Choice Award. 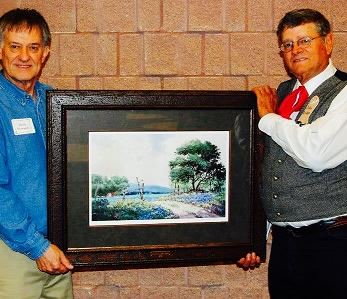 John Erickson has written and published 75 books and more than 600 articles, and is best known as the author of the Hank the Cowdog series. His stories have won a number of awards including the Audie, Oppenheimer, Wrangler, and Lamplighter Awards. The Hank the Cowdog series began as a self-publishing venture in his garage in 1982, remaining a popular series for children and families.

Through his eyes of Hank, a smelly, smart-aleck Head of Ranch Security, Erickson gives readers a glimpse of daily life on a ranch in the West Texas Panhandle.

USA Today calls the series "the best family entertainment in years." John Richard Erickson live on his cattle ranch near Perryton, Texas, and stays in touch with the world through the Official Hank the Cowdog website. 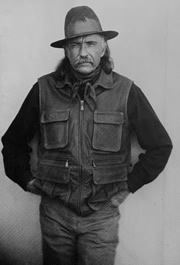 Wyman Meinzer is the only State Photographer of Texas. His images have appeared in:

His awards include the John Ben Sheppard Jr. Award from the Texas State Historical Foundation for contributing to the preservation of Texas History through writing and photography, 1997 National Literary Award for the book, "Texas Lost: Vanishing Heritage" (with Andrew Sansom), and the San Antonio Conservation Award for the natural history book, "Roadrunner." 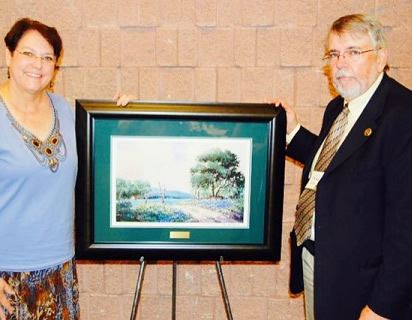 Mike Cox the author of 17 books, including:

A syndicated columnist, Cox's byline regularly appears in a number of national and statewide magazines. 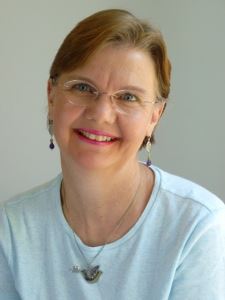 Kathi Appelt has penned over 30 books for children and young adults. Her books have won numerous national and state awards, including:

Kathi also teaches creative writing and serves on the faculty of the Vermont College of Fine Arts. 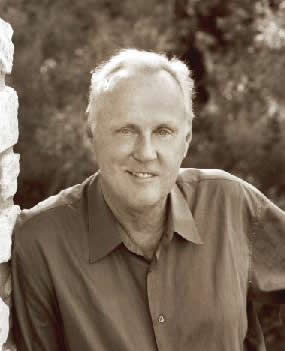 Don B. Graham is the J. Frank Doble Professor of Southwest Literature at the University of Texas and the editor of "Lone Star Literature." He has written books about the King Ranch, Texas war hero Audie Murphy, Texas movies and other topics, and he is a frequent contributor to Texas Monthly Magazine. 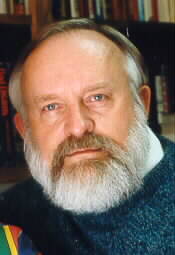 Carlton Stowers is the author of more than two dozen works of nonfiction, including the Edgar Award-winning Careless Whispers, and To the Last Breath. Stowers has received a variety of national and state awards for his work. A 12-time finalist in the Dallas Press Club competition, he has won seven Katie Awards and four Stephen Philben Awards form the Dallas Bar Association. 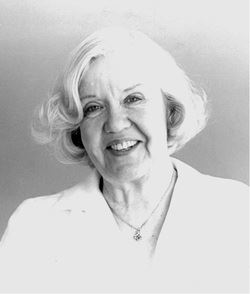 Jane Roberts Wood is a Fellow of both the National Endowment for the Arts and the National Endowment for the Humanities. She is the author of the bestselling trilogy that began in 1987 with The Train to Estelline, and continued with a Place Called Sweet Shrub and Dance a Little Longer. In 1998, Wood was the recipient of the Texas Institute of Letters Award for Best Short Story. 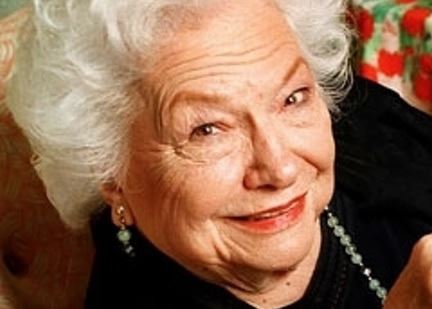 During the Johnson presidency, she was executive assistant to the Vice-President, White House staff director, and press secretary for Lady Bird Johnson. Her works include Unplanned Parenthood, Getting Better All the Time, and Presidential Humor. 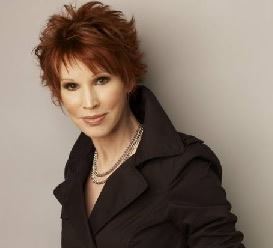 Sandra Brown is the author of more than 56 New York Times bestsellers. A lifelong Texan, Brown was born in Waco, grew up in Fort Worth and attended Texas Christian University. She is much in demand as a speaker and has appeared at the National Book Festival and the Texas Book Festival. Sandra's other awards include:

She has also been named Thriller Master for 2008, the top award given by the International Thriller Writer's Association, of which she is a founding member. 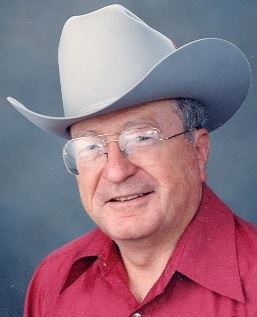 Elmer Kelton was born in Crane, Texas. He graduated from the University of Texas in 1948 after serving two years in the U.S. Army. He spent 15 years as farm and ranch writer-editor for the San Angelo Standard-Times, five years as editor of Sheep and Goat Raiser Magazine, and 22 years as associate editor of Livestock Weekly.

Kelton's awards include the Barbara McCombs/Lon Tinkle Award, the Distinguished Achievement Award from the Western Literature Association, the Lone Star Award for lifetime Achievement from the Larry McMurtry Center for Arts and Humanities at Midwestern State University, and the lifetime achievement award by the National Cowboy Symposium in Lubbock, Texas. 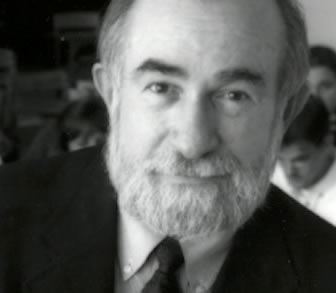 Walt McDonald was born in Lubbock, Texas. He was an Air Force pilot, taught at the Air Force Academy, and served as Texas Poet Laureate in 2001. In May 2002, he retired from Texas Tech University as Paul Whitfield Horn Professor of English and Poet in Residence.

McDonald has received six awards from the Texas Institute of Letters, four Western Heritage Awards from the National Cowboy Hall of Fame, the Spur Award from the Western Writers of American and was named Texas Professor of the Year by the Council for the Advancement and Support of Education in 1992.

McDonald has published more than 2,100 poems in journals, magazines, and books. 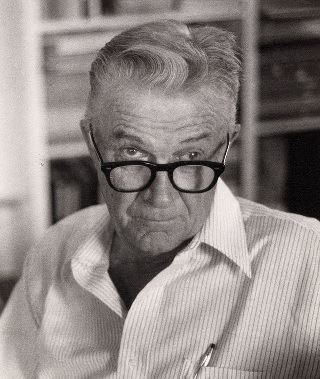 John Graves was born in Fort Worth, Texas in 1920. He grew up on his grandfather's ranch in Cuero and served in the Marine Corps during World War II. After graduating from Columbia University, Graves traveled widely. He was a distinguished writer and teacher, specializing in Texas and Southwest literature. Graves lived and wrote in Glen Rose, Texas, in the hard scrabble country that inspired so much of his work.

He was a recipient of many honors for his writing, including a National Book Award nomination for Goodbye to a River.